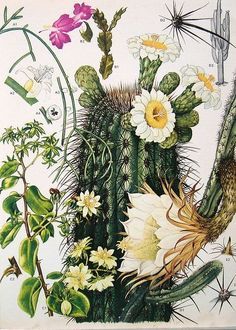 Benefits and Medicinal Uses of the San Pedro cactus

Its scientific name is Echinopsis pachanoi, but it is commonly called San Pedro cactus. It is a species of cacti, recognized as a sacred cactus for its medicinal and psychoactive properties.

Do you want to discover the history and the benefits from the cactus of the gods?

Cactus of San Pedro, the cactus of the gods

First its history. To the cactus of San Pedro, the indigenous people call it wachuma or huachuma, which means “to be without a head, to cut one’s head, to cut rational thought, to cut the ego”. It is a Quechua word that is divided into Waqcha whose meaning is “absence of” and Uma, which means “head”.

Origins of the use of the cactus of San Pedro

If we speak of the origins of the use of the San Pedro cactus, we must go back 3500 years and situate ourselves in the semi-desert lands of northwestern Peru. At that time, cultures such as the Chimú, Chavín and Chachapoyas, used the huachuma to perform healing rituals. Later, the Incas did the same and adopted this cactus as part of their worldview to better understand the reality and heal diseases, due to the medicinal properties of the plant.

With the arrival of the Spanierds to Peru, Jesuit monks at the time of the conquest were surprised to see the therapeutic and healing properties of the huachuma. For this reason, in honor of the patron of the Catholic Church and guardian of the gates of heaven, they decided to call it by the name San Pedro. The Jesuits said that the plant could open the doors to a new world.

Since then, in the West it is known as San Pedro cactus, San Pedro or San Pedrito cactus.

Characteristics of the San Pedro cactus

In order to easily identify the San Pedro cactus, you only need to know its characteristics.

The first thing to say about it is that it differs from other species of cactus for two reasons: it has a great length, that can grow from 3 to 7 meters high; and may lack spines. In case of having these, they will be brownish and be 0.5 to 2 cm long.

On the other hand, its flowers are white and are born near the top of the stem, are nocturnal and have a very strong fragrance..

The most important thing is that when sectioning the San Pedro cactus it has a very characteristic star shape, with a number of vertices that can vary from 3 to 7.

The Andean cosmovision of San Pedro or Huachuma

According to the Andean cosmovision, the huachuma is one of the 5 sacred plants that the gods offer us to be able to connect with the other plane or world, that which is beyond what we can commonly perceive with our senses. In this way, wachuma possesses a distinctly masculine energy that allows those who experiment with it to observe only what they want to show us.

Each ritual is a process through which the patient can heal in body, mind and soul.

In Andean medicine, the use of the San Pedro cactus has as we have seen, a long tradition. Mainly, its use was related to a healing ceremony that brought together shamans and faithful.

Today, this tradition is still in force in Peru, Ecuador and northern Chile and Argentina and many other parts of the world.

The main medicinal use of the San Pedro cactus is the alteration of consciousness. This is due to its psychotropic properties due to the high concentration of alkaloids.

Among the alkaloids that have the greatest influence on their ability to modify consciousness, we must highlight mescaline. It is estimated that, after the peyote, the San Pedro cactus is the one with the highest concentration of mescaline present.

The effects produced by this cactus are mainly alterations in the perceptions and in the thought and consciousness of the self.

In this way, San Pedro is often used to treat nervous conditions such as anxiety and anxiety disorders or in cases of addictions. This is mainly due to its ability to bring to consciousness very old memories, in some cases of early childhood, situations that have had a profound influence on adult life without the person remembering any of it. The possibility of confronting those unresolved issues can help achieve closure and healing at all levels.

Another medicinal use of San Pedro cactus is due to its diuretic properties, which allows the elimination of liquids and the cleansing capacity of the organism.

Also, this cactus is recommended to relieve hypertension, circulatory and cardiovascular problems.

In addition to using it for its psychotropic properties, San Pedro can be used in the following cases:

• For the headache. The clean stem is used and cut into slices and placed on the forehead for a while.
• For kidney pain. A slice of the stem is used as a poultice in the area of pain.
• For back pain or low back pain. Slices of the stem should be heated and with this perform a poultice that will be placed well attached to the waist. It is necessary to change about three times a day.
• To heal wounds. A stem slice is used on the wound.

Benefits of the San Pedro cactus

As we can see so far, the clearest benefit associated with the San Pedro cactus is linked to its high concentration of alkaloids, specifically one in particular: mescaline. This substance currently has important applications in both psychology and clinical psychiatry.

San Pedro has a rich history of sacred shamanic use. It has been used to treat various ailments such as cancer, diabetes, hepatitis, fever, paralysis, problems with joints, high blood pressure, cardiac diseases, burning kidneys, and bladder to name a few. San Pedro is also a powerful antimicrobial that inhibits 18 or more penicillin-resistant bacteria.

These scared cacti like other indigenous entheogens are miracle plants. San Pedro has also been noted to cure drug addiction and alcoholism. Why then have these plants not been integrated into western medicine? San Pedro at the very least deserves more attention from the scientific and psycho-medical communities.

But, in addition, the San Pedro cactus is a plant that can help to cleanse the body, since this alkaloid also produces in most cases vomiting and diarrhea that allow the body to cleanse of all the toxins it accumulates. Of course, in that case the effects are unpleasant, however, many people have expressed feeling more relieved after going through this cleaning process.

The sacred cactus offers you the possibility of living a unique experience, while you clean your body and expand the perception you have about yourself.

Would you like to try the San Pedro cactus?

Try our fresh san pedrito powder we have in stock.