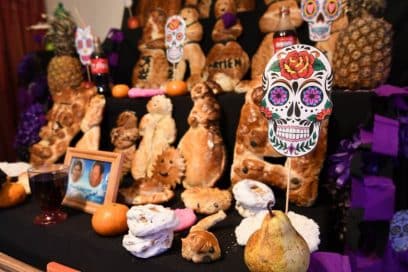 Andean Day of the Dead 💀

The day of the dead is a holiday celebrated in South America since times before the conquest, there are records of more than 3000 years where the tribute and respect that was given to the ancestors is evidenced. After the conquest the church believed it was convenient to unite the celebration with All Saints’ Day originally celebrated on November 1st.

The celebration today has certain peculiarities depending on the country in which it is celebrated. On November 1st and 2nd the day of the dead is celebrated in most parts of South America, recitals, dances and banquets are offered in honor of the dead. Although the celebration has a touch of mysticism and for some it may be somewhat raw, it only seeks to pay homage to the ancestors, it offers the possibility of acceptance of death as a fundamental part of life and of the rebirth itself. Join us in the following article to know together the way in which the peoples of Andean South America celebrate the day of the dead.

Day of the Dead in the Andes

As we have mentioned the cult of the dead is an inherent aspect of the culture of each place in this vast continent, however it has many similarities in addition to the date on which it is celebrated. We can mention for example that the celebrations are held in cemeteries where they carry a large amount of food and drink which is not only offered to the figure of Death but also to the deceased who are honored with their favorite dishes and drinks. The music is accompanying in this type of celebrations that in some cases extend for days and in which you can appreciate the use of tobacco and coca leaves in these celebrations, it is not necessary to remember the ritual use these both plants have in our culture. 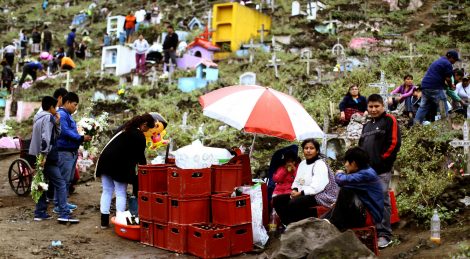 Although the Feast of the Dead has nothing to do with the pagan celebration of Witches’s night or Halloween, now there is a syncretism that is joining both festivities and it is common to see people with catrinas since October 31st. Another aspect that has had some changes in the contemporary era is the use of spirits, which was limited to cane brandy and tradidional handmade chicha in the high Andean areas, it is now common to observe that these celebrations are made with beer and other spirits.

In the Andes area the use of coca and tobacco is widespread and its use is more spiritual than ritual, the use of these sacred plants provides an environment of mysticism and encourages the deepest connection with our ancestors. It is common to hear that the earth and the dead like coca so it accompanies the offerings. Tobacco smoked in the form of cigars, quinchos and Mapachos accompany the intake of brandy and chicha. We can consider that cannabis has also been accepted in the popular social classes of the cities, even its use is closely linked to the cult of the figure of death. 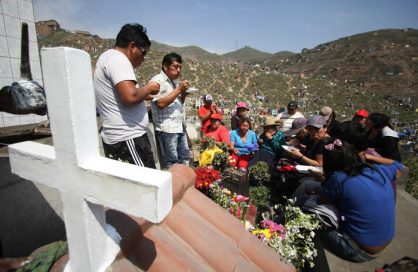 It is clear the relationship between death and birth as part of the same cycle, the celebration has a spiritual connotation that seeks the acceptance of death, in the Andes it is quite common that the celebrations are accompanied by the Wawas which consists of a baby-shaped bread, evidencing the celebration of life as well as death. 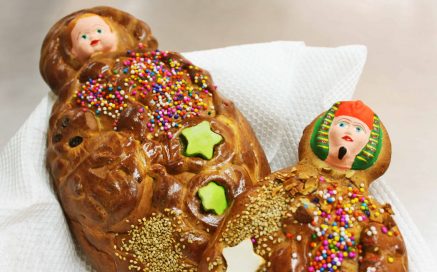 The feast of the Dead, is actually the feast of “Our Dead” relatives and a date that unites the families of the people of South America and the rest of the World. In the Andes there is powerful evidence of the cultural wealth this Holiday possess and the devotion in which faith and death is celebrated.